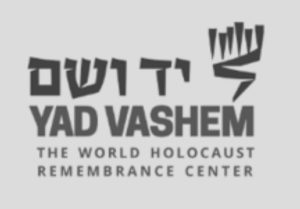 Download booking form (Please note that while every effort will be made to meet your booking dates, some displays may not be available on specific dates.)

For this first time in Queensland, there are now museum-quality exhibitions available that are designed to promote dialogue about the Holocaust, to impart its universal lessons and to foster a connection to its relevance to daily life in the 21st Century.

There are four separate displays and four unique aluminium replica suitcases available to book during the year (both described below). All material is suitable for display in schools, churches, universities, libraries and community centres.

Each exhibition is made up of separate, durable panels that can either be hung or affixed to walls.

The exhibitions have been developed by Yad Vashem, the World Holocaust Remembrance Center based in Israel, and produced by the Queensland Jewish Board of Deputies, the roof body of Queensland Jewry, with assistance from the Queensland Government’s Gambling Community Benefit Fund.

These are museum quality aluminium replica suitcases displaying images and stories of the Holocaust. The suitcases ask the viewer a series of open questions to consider the impact of hate while encouraging them to stand-up against racism.

Watch an interview about the exhibitions from Australian Online News.

How was it humanly possible?

The Holocaust, or Shoah, was an unprecedented genocide, total and systematic, perpetrated in Europe from 1933 to 1945, by Nazi Germany and its collaborators, with the aim of annihilating the Jewish people from the face of the Earth.

The exhibition deals with major historical aspects of the Holocaust, beginning with Jewish life in pre-Holocaust Europe and ending with the liberation of Nazi concentration and extermination camps across the continent and the remarkable return to life of the survivors.

The panels feature explanatory texts, interspersed with personal stories of the victims, quotes, original photographs and images of relevant artefacts. 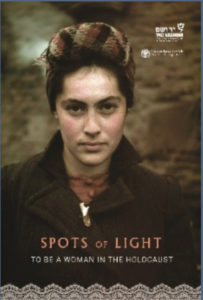 To be a woman in the Holocaust

This exhibition gives expression to the unique voice of Jewish women in the Holocaust. Their choices and responses in the face of the evil, brutality and relentless hardship that they were forced to grapple with.

The exhibition features nine aspects of the Jewish woman’s daily life during the Holocaust, including: Love, Motherhood, Caring for Others, Womanhood, Resistance and Rescue, Friendship, Faith, Food and the Arts. Each aspect is accompanied by a personal story, related in the first person.

By giving expression to these individual women, the exhibition reveals the poignant stories behind the historical events, and provides faces and voices within the darkness and silence.

AUSCHWITZ – A PLACE ON EARTH

About six million Jewish men, women and children were systematically murdered by the Nazis during the Holocaust.

Over one million were murdered in Auschwitz-Birkenau, the largest extermination camp during World War II.

This exhibition depicts the only known visual documentation of the arrival of a transport of Jews to Auschwitz-Birkenau.

The photos in the album show the entire process, except for the killing itself, of the Jews from the Carpatho-Ruthenia region.

As reflected in art

This exhibition features 11 artworks that were created immediately after liberation and up until 1947. It attempts to investigate how survivors reacted to the liberation through art.

When liberation finally arrived, the survivors found themselves torn between their desire to return to life and their need to face the devastation and mourn.

As artist Jakob Zim declared: “I live with the shadow and create with the light.” His evocative words exemplify that for the survivors their choice to paint epitomised their renewed embrace of life.

The original artwork used in this exhibition is based in the Yad Vashem Art Collection in Jerusalem.

The exhibition is comprised of the artworks and the personal story behind each of them.